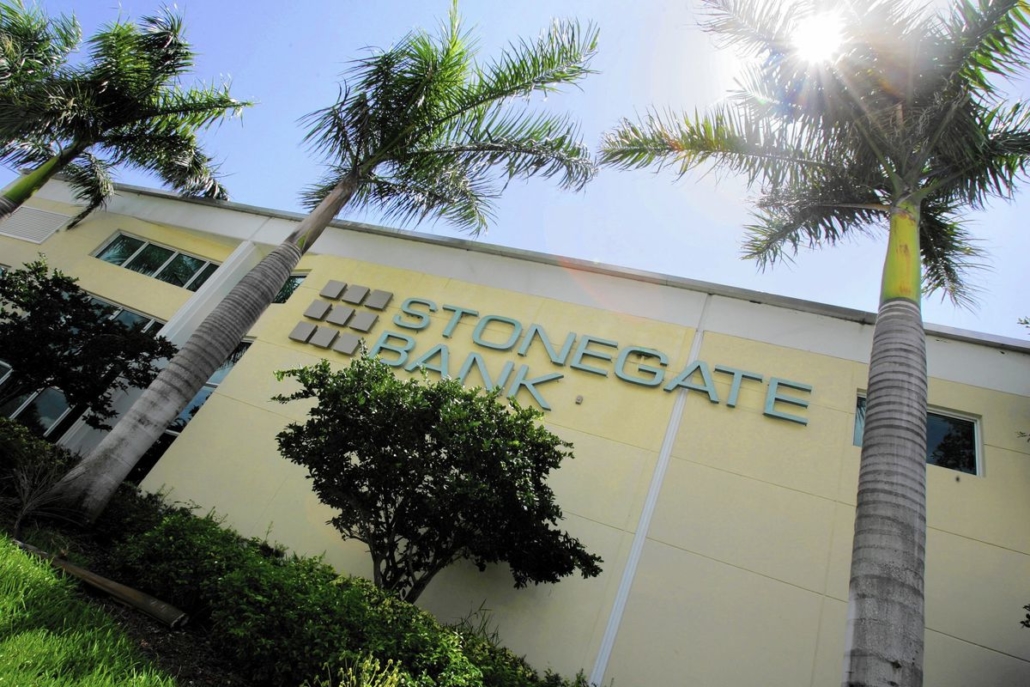 Stonegate Bank of Fort Lauderdale announced Thursday that it has signed an agreement to acquire the operations of Florida Shores Bancorp Inc. of Pompano Beach and its two subsidiary banks for an estimated $48.8 million.

Stonegate said it expects the deal will push its assets to $1.7 billion, making the institution the state’s 15th-largest bank by assets.

As of June 30, Florida Shores Bancorp had consolidated assets of $555 million, Stonegate said in a statement. Florida Shores operates four branches on Florida’s west coast between Sarasota and Fort Myers, and three in South Florida in Fort Lauderdale, Pompano Beach and Boca Raton. The southwest Florida operation comes with a five-star rating by BauerFinancial Inc.

“This is an especially beneficial acquisition offering synergies that expand our market share in Broward and Palm Beach counties, in addition to growing our footprint throughout southwest Florida with coverage of the Gulf Coast from Naples to Tampa,” said Dave Seleski, president and CEO of Stonegate.
The 10-branch Stonegate, whose stock is listed on the OTC Bulletin Board, said it expects the deal to enhance its earnings per share by 30 percent to 35 percent over the next two years.

While the boards of both banks have approved the proposed acquisitions, the shareholders of both institutions as well as regulators must give their approval. Closing is anticipated in the fourth quarter.