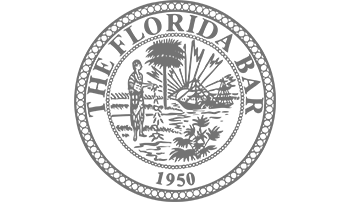 TALLAHASSEE – The Florida Senate on Monday gave unanimous and final approval to a bill that imposes criminal penalties on condominium violations such as electoral fraud, theft of funds and conflicts of interests — all significant problems in Miami-Dade County.

The 37-0 vote on the bill, already endorsed by the House last week in another unanimous vote, now goes to Gov. Rick Scott for his signature.

“This is very important for Miami-Dade because it’s something that condo owners have been waiting for for nearly a decade,” said Hialeah Republican Sen. René Garca, who co-sponsored the bill with Miami Democrat José Javier Rodríguez. “But the reforms will help all Florida residents with similar problems.”

García declared from the Senate floor that the problem of fraud and other abuses in Miami-Dade condo associations was out of control and that some homeowners’ associations had turned into “mini dictatorships” or “totalitarian regimes.”

The bill was approved one year after El Nuevo Herald and Univision 23 published the results of a joint investigation into condo scandals. The series, “Condo Nightmares,” highlighted cases of electoral fraud, fake signatures on ballots, conflicts of interests, misappropriation of funds and rigged bids.

A report by a Miami-Dade grand jury in February echoed the reports and recommended significant changes to Chapter 718 of state statutes, which regulates condos, as well as the state agency that is supposed to monitor and punish violations, the Department of Business and Professional Regulation (DBPR).

García and Rodríguez were co-sponsors of SB 1682. The House version was sponsored by Miami Republican Rep. José Félix Díaz.

The Miami-Dade legislators also pushed to assign state funds for a new DBPR office in the county that will deal exclusively with condo complaints.

After the Senate vote, García and Rodríguez hugged on the Senate floor and raised their arms in victory as they pointed to a dozen Miami-Dade condo owners who had traveled to Tallahassee to support the bill.

“This is a first and very important step in the fight to correct all the problems we have,” said Isidora Rodríguez, the owner of a condo in Hialeah and one of the people who traveled to Tallahassee.

“We are here to make our voices heard,” said Maritza Escobar, who like other members of the group wore an orange T-shirt with the words, “We are all condos.”

The first version of the bill was opposed by associations of lawyers who represent condo homeowners associations and the Florida Bar Association, arguing that it needlessly created new crimes.

The South Florida lawmakers made several amendments to the bill, which now makes withholding condo information a felony if it’s proven that the documents were denied in order to commit or cover up a crime.

Under the new law, fraud in the election of condo association directors, the falsification of signatures on ballots, the manipulation of condo records and the theft or disappearance of ballots will be considered serious violations that could be punished with prison terms.

Police and prosecutors have largely declined to investigate complaints of electoral fraud in condos, arguing that there’s no mention of criminal punishments in Chapter 718.

The bill becomes law July 1, if Scott signs it, and also establishes the following requirements:

▪ Condo associations with 150 or more units will publish financial reports on a web page, accessible with passwords. If it’s proven that documents were denied to owners in order to hide fraud, those responsible could face felony charges under a clause that takes effect in July 2018.

▪ Directors will be limited to eight years on the board of homeowners associations. But they will be able to continue in office if they win a super-majority of the votes from owners in subsequent elections.

▪ Directors are forbidden from receiving payments from the association or hiring their relatives. Currently, directors can be paid for services such as cleaning, painting and repairs as long as all other directors are informed of the arrangement.

“This is a first stage in changing the situation for condo owners, who until now had nowhere to go and seek protection from so many abuses,” said Rodríguez.